On September 11th-13th, 2015 myself and my future brother-in-law Gary went down to Alamo City Comic Con in San Antonio, TX. Avid readers of this blog already know the story if you read the EPIC last post. But there aren't any comments on it, so I've got know idea who read what (nudge, nudge, wink, wink).

Anywho. Whilst there I noticed artist extraordinaire Katie Cook was coming to town. As you may or may not be aware, Katie does (among other typically Star Wars or My Little Pony based comic things) the amazeballs webcomic known the world over as GRONK! Well I hadn't seen Katie since the Comic Geek Speak Supershow in 2011 so I decided I at LEAST had to get a mini-painting and an updated picture with her (she's one of my few CGS community touchstones at Cons).

Being the big Ragman fan I am (just look around, duh) I asked for the main man himself! (No not Lobo). So here we go, mini-Ragman by Katie Cook! 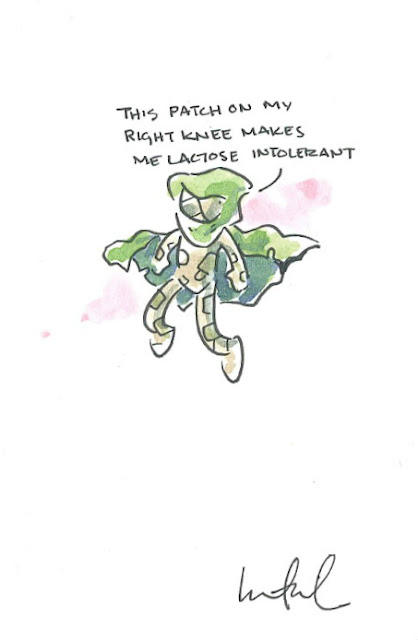 So the story behind the quote? Well, as true Ragman fans know, the suit allows Rory to access the abilities and memories of the souls trapped within his suit. IE: If someone is trapped under a car and it takes about 12 people to lift a car off the ground, Rory can call on the strength of 12 souls trapped in the suit and add it to his own strength in order to lift the car.

Well I'm explaining all of this to Gary as he'd never heard of Ragman (FOR SHAME!) right there in front of Katie. Katie, (I'm assuming) hears all of this (though I believe I used a sniper example at the time) and, being Katie, added the little blurb up top. Thus was born mini-Ragman with a twist!

This brings my Katie Cook mini-painting collection up to a sad-but-better-than-nothing count of THREE including my Deadman and Firestorm. 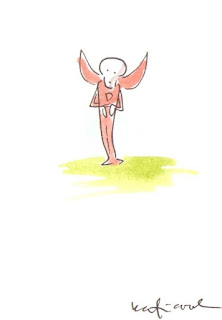 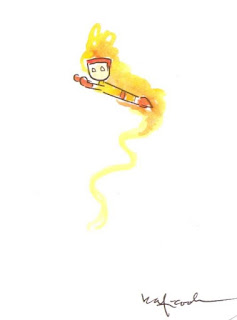 Next up, I'm thinking Phantom Stranger...and given how often I see Katie I guess I'll get that from you in 2019!

Oh, and updated picture for posterity (click to enlarge)! Now, while cutesy art is on your mind, GO READ GRONK and swing over to Barnes & Noble and pick up her ever popular 'F YOU BOX' book!

Posted by Chad Bokelman at 4:28 PM