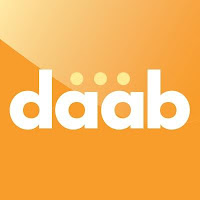 So quite some time ago I became aware of the talents of Luke Daab via the 'Fire and Water Podcast.' His cartoonish and beautifully simplistic art style immediately captured my attention. Unfortunately, like so many of my favorite artists (many of whom I know personally), I can often not afford to commission the art I desire from them. Not because they're overly expensive, but because I just don't always have the extra cash, and if I do...well, there's always something slightly more important to purchase with that money. And I REFUSE to ask for free work (Seriously guys, ALWAYS pay artists. ALWAYS.)

Cue the entrance of Pete into my life. Pete is a HUGE fan of Ragman as, CLEARLY, am I. As Pete was establishing the AWESOME new Facebook page for Ragman (Ragman - DC Comics go like it!) he contacted me and made me an admin. Evidently dedicating a blog to the character earns me some respect around here! Well, Pete told me some of his plans. Including a Featured Art Friday where he'd feature the Ragman-centric art of various artists across the internet, perhaps even commission them to work on a Ragman piece for himself. Ever the crafty selfish asshole, I dropped Luke's name and suggested Pete check out his style and commission a Ragman piece from him if he liked what he saw. It turns out Pete took the bait and BAM!!!! I got to see Luke draw Ragman, get paid for it, and I didn't have to spend a dime!

But enough nefarious origin story, here now as featured on the Ragman Facebook page (seriously, go like it) is Luke's perspective of these events, Ragman as a whole...and the AMAZING artwork!

"Let me set the scene… Pete Maxfield, Administrator of the Ragman Facebook Page stands over his kitchen stove. A juicy steak sizzles and pops in the pan over the flame. Pete wafts the scent of rare meat to his waiting nostrils. His eyes close in ecstasy as he lets the aroma engage with his senses. He doesn't see the bottle of Merlot quietly disappear from the counter. Pete smiles to himself as unbeknownst to him, the bottle raises in the air behind him. Suddenly and without warning… THONK! The bottle crashes across Pete's head, spattering red Merlot across the kitchen. Pete collapses into an unconscious heap on the floor. His kitty laps the wine from the tile, then hobbles away like a bum drunk on hooch.

That's how I managed to take over the Ragman Fan Page! That's right… I've stolen the keys! Accessed the secret access codes! Stolen the Death Star plans! But who am I, you ask?

My name is Luke Daab. I am an artist that was commissioned by Pete to create an original Ragman illustration for the blog! Why would I repay Pete's kindness by bashing him on the head with a 2010 California Merlot, you ask? Allow me to admit something… that whole story was a lie. I made it up. I just needed a good opener.

I was introduced to the character Ragman by Chad Bokelman during his guest appearance on my favorite comic book-based podcast, The Fire and Water podcast hosted by Shag Matthews from firestormfan.com and Rob Kelly from the aquamanshrine.net! I had never heard of Ragman before the podcast, and to be honest, I haven't thought much about the character since. As the episode aired, I searched Google Images to give myself a visual reference. "What an bizarre-looking character," I thought. That's pretty-much where I left Ragman.

Fast-forward to many many months later. Pete Maxfield contacts me to create a Ragman commission. I think to myself "This is Chad Bokelman's doing," and I was right! Suffice it to say, I was intrigued by the opportunity to draw this strange hero I had Google-image-searched so long ago. Rather than diving straight into creating the artwork, I decided to get to know Ragman first. I went to my local comic shop where I purchased issues 1-5 of the original series, and the first two issues of his 8-part and 6-part miniseries. Here's what I have to say about them: I loved them.

Of everything I've read so-far, the original run of Ragman is by far my favorite. Why? For so many reasons. Ragman's story is a very human story, and like most of our lives, it's filled with hardship and tragedy. As someone who's closed a small business, who's marriage has seen its share of strife, and as someone who's looked at the cupboard and said "let's see if we can stretch this out for a month," I resonated with the melancholy tone of the book and the hardships of the characters therein. Ragman is a hero to the hurting and a servant to the lowest of low. He is hope for the hopeless and a voice for the voiceless. This truth becomes quite literal when Rory befriends a street orphan who suffers from being both blind and mute.

Ragman opens by giving the reader a glimpse into Rory's world—a pawn shop in an urban neighborhood. We meet people in at the bottom rungs of society, selling their prized possessions in order to survive. In this environment, Rory Reagan shines. He is compassionate, and restores honor to the disgraced who enter his shop. Even before donning his tattered cape and cowl, Rory is a servant to the downcast. I liked that a lot about Ragman too.

I knew my piece had to capture that.

To capture the poetry of Ragman's story and the author's writing, I drew Ragman in an elegant pose, almost dance-like. The colors of the piece are muted and a little dirty to represent the humble environment for the hero. Finally, I drew Rory Reagan's portrait behind the costumed figure to remind the viewer that Ragman is ultimately human—a man with his own struggles, dreams, fears, hopes and failures. He is one-and-the-same with those for whom he seeks justice.

I'm sure I've failed at communicating everything that captured me while reading Ragman. There's simply too much to convey. But I DID enjoy working on the piece. You know what? I don't think Ragman's costume is ever drawn the same way twice—across any two panels of his comics. Talk about a moving target!

Ragman is a great character with a lot left to explore! I hope DC take's advantage of his heritage and writes more Ragman stories. As DC Comics explores the mini-series format more-and-more, I hope to see Ragman return! I would leap at the chance to rejoin the character!

Well… it looks like Pete is finally coming to. I better get out of his kitchen! Thanks for letting me spill Merlot all over your fan page, guys. Enjoy the piece! 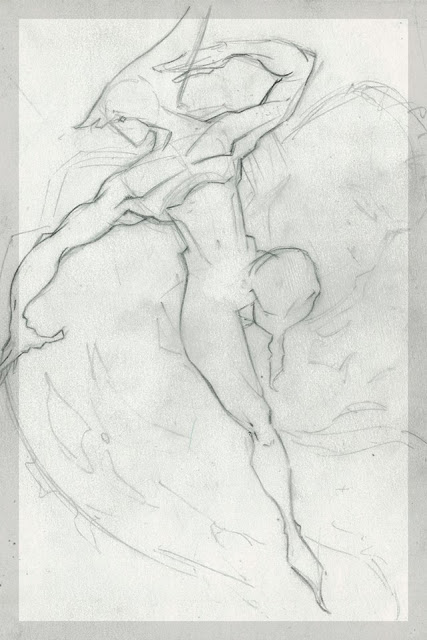 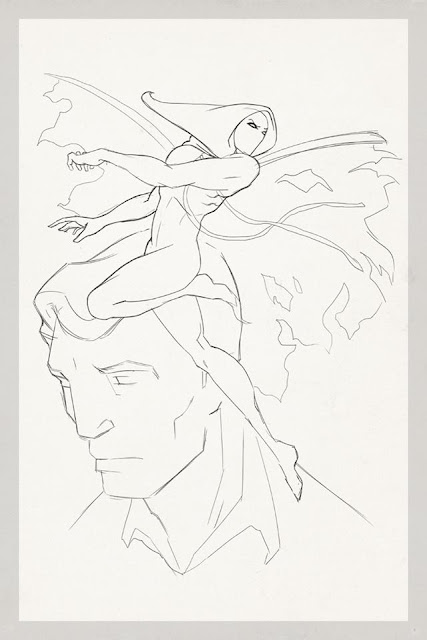 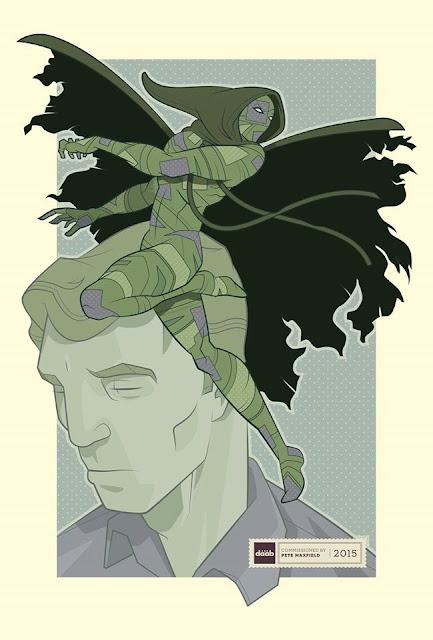 It's pretty safe to say at this point that my (and Pete's) faith in Luke to pull this off was WELL founded. If you want to contact Luke to commission a piece from him, and I HIGHLY recommend you do so, please CLICK HERE TO CONTACT HIM!

Thanks guys for swinging by to read the blog! Don't forget to follow and, most importantly, COMMENT on the posts! See you soon!


Posted by Chad Bokelman at 2:19 PM No comments: