I know dear reader. I'm quite confused myself but, according to wikipedia, there was a Ragman long BEFORE Joe Kubert and Robert Kanigher took on that particular vigilante title. However, since wikipedia cannot always be counted upon for hard and fast facts, I took it upon myself to look it up. Lo' and behold tis true!

Way back in 1941 a publishing company known as Holyoke put out the very first issue of a comic called "Cat-Man" (Obviously this company's attempt at cashing in on their OWN version of "Batman"). Now, since I was searching for RAGMAN information and honestly don't give two wet farts about CAT-MAN, I didn't really bother to learn much about the character. This isn't like me but hey, I was in a rush. 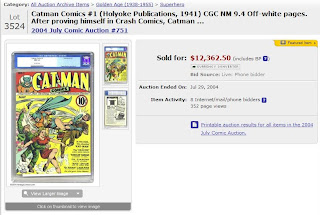 Now, it's worth mentioning that ANY golden age comic in this condition would probably sell for a hefty sum. For those of you NOT in the know, way back when, comics were under attack for being too violent, scary, gruesome, etc. for kids. Enter the parents (as they usually do) to "save" the poor children. The crusade against the comics (which eventually ended with the creation of the Comics Code Authority) did a number of things to get rid of comics, including multiple book burnings across the nation. This is why so many of the older comics are hard to find AND expensive. There just aren't very many of them LEFT anymore.

Now I COULD pretend to be all uber writer and pretend I wrote all of this for myself, but I pride myself on not resorting to plagiarism of any sort. So this next batch of information concerning the character is straight from Comic Vine. 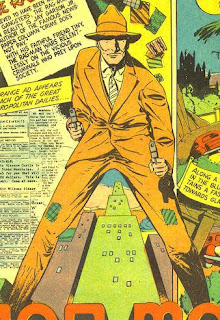 The Ragman is really a reporter for the Daily Times named Jay Garson Jr. He had no superpowers and used two pistols to fight crime. He wore his rags to look poor and be unassuming to the criminal element. This allowed him to get a jump on thugs who believed there was nothing to fear. He also wore a bullet proof vest underneath his costume. He also had a sidekick like many Golden Aged heroes named Tiny. A couple of his villains were The Ghost and Stinger.

The Golden age Holyoke Ragman has nothing to do with the character in DC Comics. He was created in 1941 and first appeared in the comic Cat-man Comics. As it happens because of Copyright and trademark laws the Holyoke Ragman in now public Domain.

Rag-man: 1941, Catman #1 (Holyoke). Jay Garson, Jr is a reporter for The Sentinel as well as a millionaire. His articles get him targeted by criminals, but they kill a bum by accident. Realizing that he and the bum bear an uncanny likeness, he switches clothes with him and tus the Rag-man is born.He has no powers but wears a patched up suit and hat as his costume. He's assisted in his mission by his man Tiny, a powerful African who was in his employ. Tiny talks with an uneducated slang and calls Rag-man "boss", but most of the time he's not drawn in any caricature manner nor played for laughs, but presented as a straightforward African American, wearing a suit and as capable as any sidekick, sometimes moreso. He seems to backslide a bit whenever the case involves ghosts and such. Rag-man's name often switches being hyphenated or combined. The earlier issues seem to prefer hyphenated for him and Cat-man while the later issues have a tendency to combine them.. Rag-man is built upon a similar premise as the Spirit in that he lets the world think he's dead. However, he is only occasionally shown with a mask and in the first story sends in an article after his supposed death. He keeps Tiny as an assistant, but people only recognize or identify him as Rag-man without mention of Jay Garson. Like his fellow Cat-man comics star the Deacon, it is as if his previous life is easily forgotten and people readily accept the hero in their midst who seemingly has no outside real life anymore. In the later stories, his clothes are more often not patched or ragged and he has an executive office at the newspaper that he was once a reporter as if everyone just now knows or has always known since near the beginning that Jay Garson and the Rag-man are one and the same. 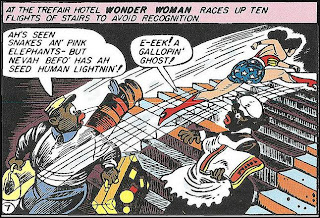 So apparently they just gave up on the whole dual identity thing after awhile for Jay. To me however, the most important thing about the Golden Age Ragman isn't the character himself. It's his sidekick Tiny. Way back in the golden age of comics, African Americans were always depicted to be "less than". They were drawn as caricatures of themselves. Take this panel from 'Sensation Comics' #8 (the title that featured Wonder Woman at the time)

Those two African Americans weren't drawn that way only by certain artists at certain times. The way you see them there is standard for the times. Same with how they spoke. Now Tiny did speak with an exacerbated "negro" accent, but not being drawn as a standard black character of the times nor being hidden in the background like a useless idiot and used only for comedy purposes was very surprising to see in a black character for the times.

In my searches I found a series of pages from 'Cat-Man' #20 which featured yet another backup tale concerning the Ragman. Click on the below images to see the characterization of Ragman and Tiny. 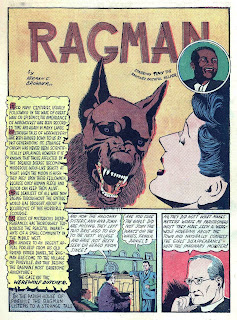 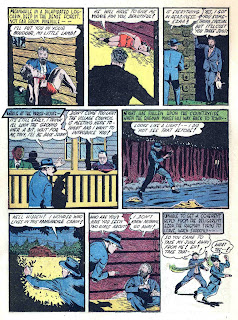 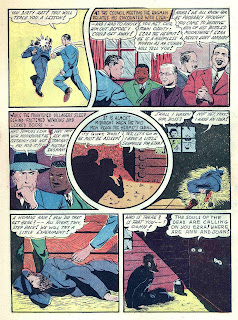 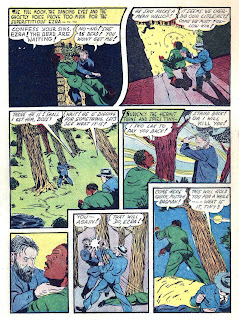 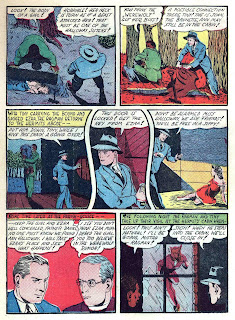 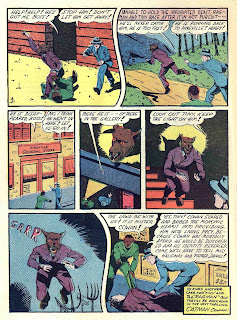 So that's it. That's everything I know about Golden Age Ragman. I'm honestly surprised I didn't know anything about this before. I'm also excited to learn that it was one of the few progressive comics of it's time in terms of it's presentation of African Americans. As far as I'm aware, these issues are not reprinted anywhere. But if you find any somehow, let me know.