Looking Back on the 1970's Ragman Series!

Oh, fear not. The blog isn't done. Just the reviews on the 1970's material. I'd like to tell you that there is some long lost pages of the fabled Ragman #6 out there, but if Kubert or the Rednondo studio completed any, they're lost by now. Ragman was cancelled after issue five as a casualty of the DC implosion. If you were to look it up on Wikipedia or something, Ragman isn't listed among the series cancelled due to the implosion, but the timing fits far too perfectly for it not to have been. Besides, who relies on Wikipedia? The biggest giveaway is that the cover to Ragman #6 appears in one of the two issues of "Cancelled Comics Cavalcade". "Cancelled Comics Cavalcade" was a compilation of all of the available material for the titles that were cancelled as a result of the DC implosion and, unfortunately, there were VERY few copies of each issue. It's hard to get ahold of ANY of that material.

Lucky for you, I have something called "Google" at my disposal as well as FAR too much free time. So I sniffed around and dug up a bone. In the interest of completeness, here is the cover for what would have been Ragman #6 entitled "3 minus 3 = 1!". 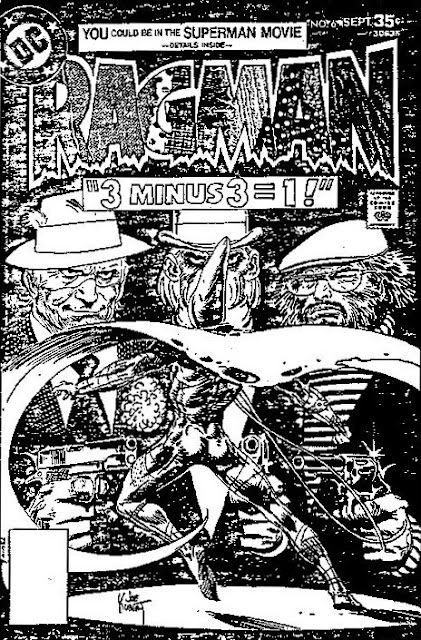 Now before you get your panties in a twist and start thinking I got my hands on a sub-par copy, I have to tell you something. "Cancelled Comics Cavalcade" was indeed a collection of almost all available post-implosion material, but a large portion of it (if not all) was strictly photocopied material. If memory serves, it was put together by someone at DC for DC employees (which is why there are so few copies).

Regardless, that was to be yet another beautiful Ragman cover by Joe Kubert. My favorite is the cape. Look at the way it swirls, look at the holes in it. Such a simple thing to become enamored of, but art appreciation is subjective.

Anyways. All in all the 1970's Ragman series that IS available to the public was a great series that died far too early. The Ragman never fought super-humans or the supernatural, he was merely a crusader for justice, especially for those who couldn't help themselves. In a lot of ways, Rory Regan was the public face selflessly serving everyone around him while his identity as Ragman allowed him to distribute justice more personally to those who took advantage of the people that Rory saw every day. It's one of the things about this incarnation of Rory that I'm sure I'll miss when I review later incarnations of Ragman. At some point Rory becomes like Bette, thinking his father is throwing his life away at the shop and wasting his time helping others. That selfishness is obviously eventually overcome, but something is lost in a Rory who doesn't grasp that concept from the get-go.

But regardless, this series had a huge impact on fans. Something different from DC at a time where fans were slowly becoming sick of the everyday superhero. The letters pages I posted from the last few issues definitely speak to that. What's more, if you Google Ragman, you'll eventually run across various threads in various forums where people are discussing Ragman. Be it reaction to an issue out just a few years ago (or Shadowpact) invariably you'll find someone saying, "The only Ragman I ever liked was the pre-crisis Ragman." That says a lot about the ability of the Kanigher/Kubert/Redondo team.

In my online searches, I found a few other things as well. First and foremost I found this amazing post done awhile back where someone took the Ragman logo and broke down the creative process it took to come up with it. So much detail went into simply CREATING the logo/title image that of COURSE I want you folks to be able to check it out!

As luck would have it, the whole post was created by Todd Klein! Todd is writer of "The Omega Men" and letterer extraordinaire (among PLENTY of other things). You should DEFINITELY hit him up. He's got a lot to say and the DEFINITE know how to say it right. Visit his website by CLICKING HERE! 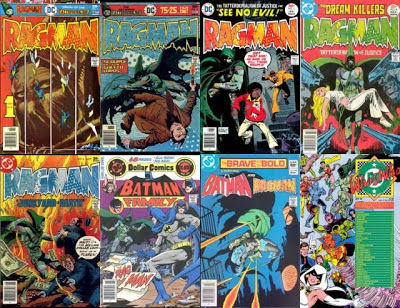 Lastly I found a website entry where the creator known as Ragnaroker put up a pretty interesting post. After a spot on recap of the 70's Ragman series, Ragnaroker challenges his readers to come up with various Ragman sketches in 30 minutes. Here's what they came up with! 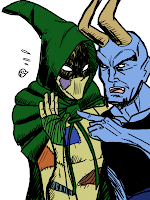 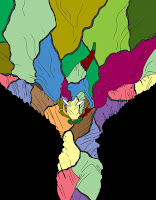 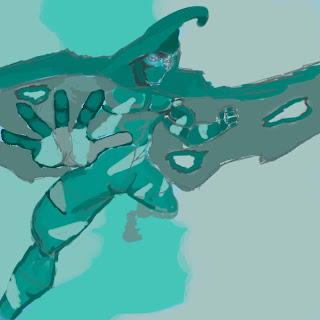 Some great stuff in there! For the original post in all it's AWESOMENESS, CLICK HERE! Special thanks go out to the Ragman fans who created these amazing images: aeryk, 2headfrog, Eyz, danny2069, Ragnaroker and RachaelWells. I found out a few of their real names but they're posting in a forum. If they choose not to use their real names, I'm not going to out them if they don't want to be. Besides, I have no way to contact them to check.

So that's it friends. That's all of the excess pre-crisis Ragman stuff I could find at the moment. Frankly, I kinda hope I missed something so I can eventually come back to this material in some regard!

Hopefully you've enjoyed my reviews on the 1970's Ragman series. I know I'm not the most entertaining guy to read, nor the most thorough. But hopefully it's enough to pay proper tribute to one of the best characters in the DCU!

Don't forget to comment, like, share and follow/join the content on this blog! Us Ragman fans are few and far between, so if you know of any, pass along the word!
Posted by Chad Bokelman at 5:15 PM