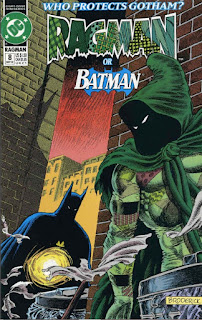 Welcome back into the fray Tatters! Today's post is a bittersweet one as we are wrapping up the coverage of the 1991/1992 Ragman series by Keith Giffen, Robert Loren Fleming, and Pat Broderick. Which, of course, means we're talking issue #8 entitled 'Who Protects Gotham?' (or 'Winds of Change' to be more accurate)

We open on the cliffhanger of a confrontation we left behind last issue, Batman VS Ragman. The two heroes stare one another down up on the snowy rooftops of Gotham. Utter silence envelops them as Ragman turns to leave. However Batman remains determined as his hand clamps down on the shoulder of the Ragman, inciting a fight. Instead of dissipating into the air, Rory instead plans to let Batman hunt him deeper into the neighborhood.

Meanwhile, on a flight to Tel Aviv, the Rabbi is looking out at the clouds and thinking of home. After turning down a friendly offer of a pillow from the stewardess, the Rabbi slowly closes his eyes reflecting upon his long journey. A fellow passenger approaches the Rabbi asking if he can sit next to him to avoid a teething baby...when he suddenly notices that the Rabbi is dead. Passed away in his sleep. 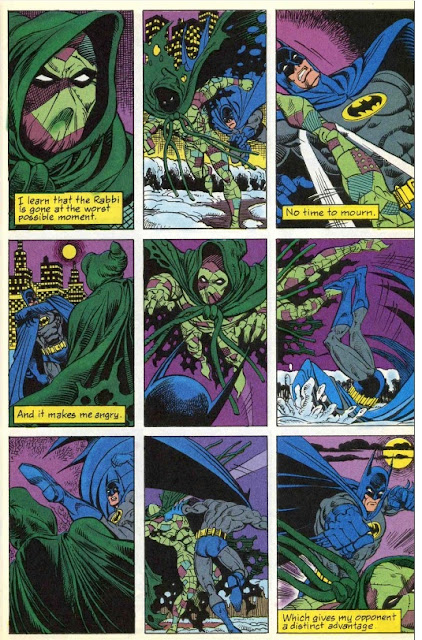 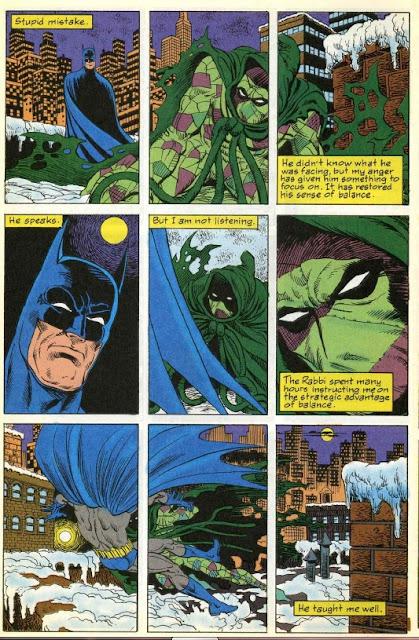 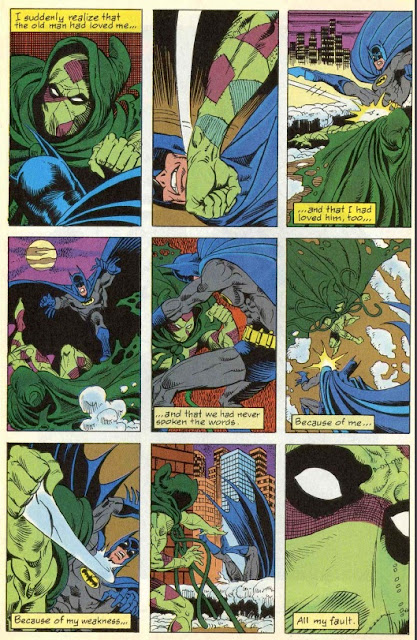 While the fight continues, back at Rags N' Tatters Bette feels a strange urge to head outside and look up at the rooftops when she comes across a man with a similar compulsion. She shakes it off and heads back inside.

As the fight makes its way across the neighborhood, Ragman thinks to himself of all the individuals he's helped in the various locations of the community. That time he stopped an armed robber. The time he caught a little girl who fell from an upstairs window. The alley where he saved an old man from dying from exposure. The tenement fire where he pulled the remaining families out of the building, despite his suits weakness to the flame. He reflects on all of these moments, desperately hoping they remember all he as done for them. Across the neighborhood, each and every person who has benefited from the Ragman's presence feels the pull outside. The call to help. And heads towards the pull, all including Betty.

Across the rooftops nearby, Ragman settles in one final spot where he stopped a rumble between two rival gangs, letting them take their anger out on him instead of each other, so all could go home alive. "I know this place. It is called poverty." 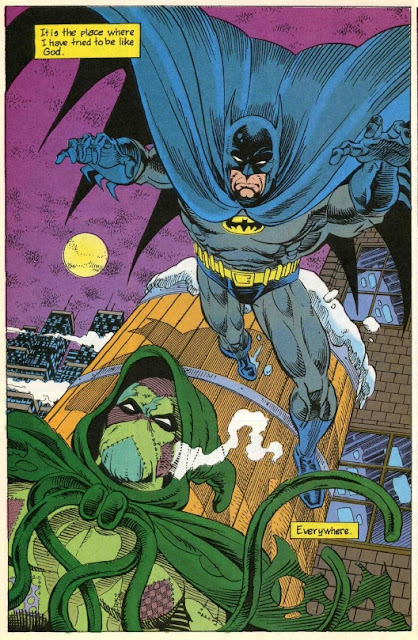 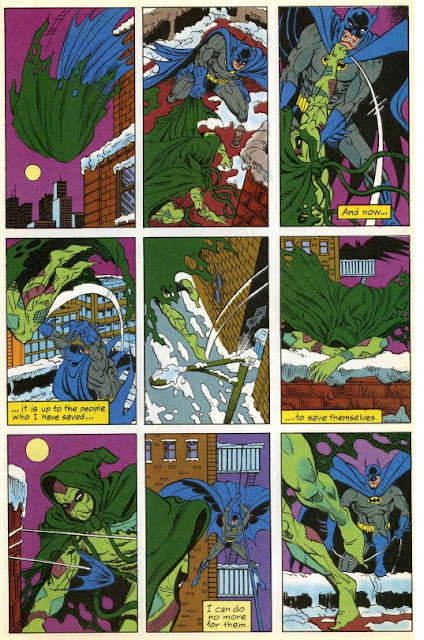 Ragman leaps off the rooftops toward the gathered neighbors below as they begin to surround him blocking him from the Batman. "They either love me or not. It is all up to them. I put myself in their good hands. I, who am The Protector..." 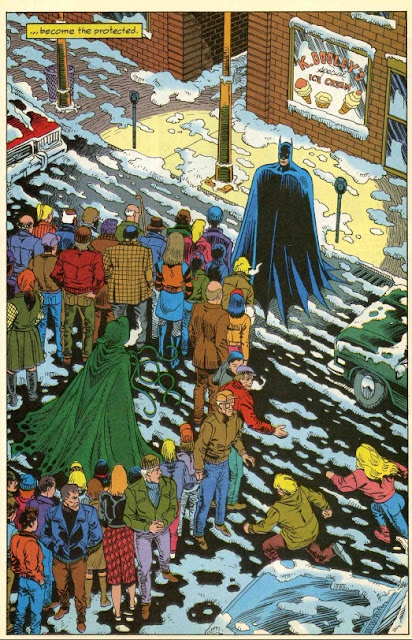 The neighbors chide Batman, telling him to leave Ragman alone. That's he's their friend. That he saved their children, their families, their tenants. "Where were YOU when we needed help? We don't see you very often...in this neighborhood." Meanwhile, Bette tells Rory that the Rabbi has left town and that he loved him and knew the feeling was mutual. At this point, Ragman dissipates into the rags on the wind. The neighborhood leaves Batman to stand in silence, all except Bette who says, "Don't let it getcha down pal. It's not dat we dont t'ink yer a hero, but da Ragman taught us dat kin all be heroes! It's like my old boss used ta say: 'Ask not whatcher country kin do fer you...' 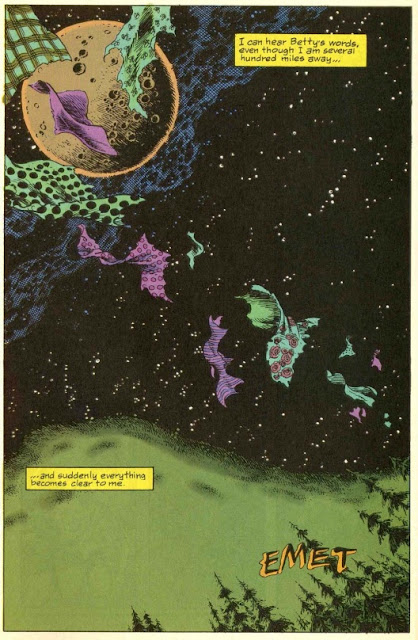 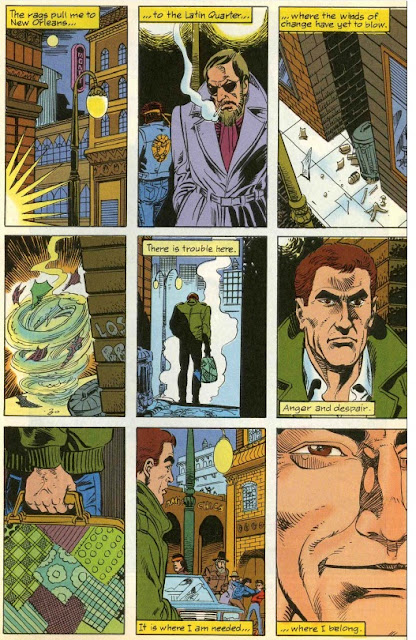 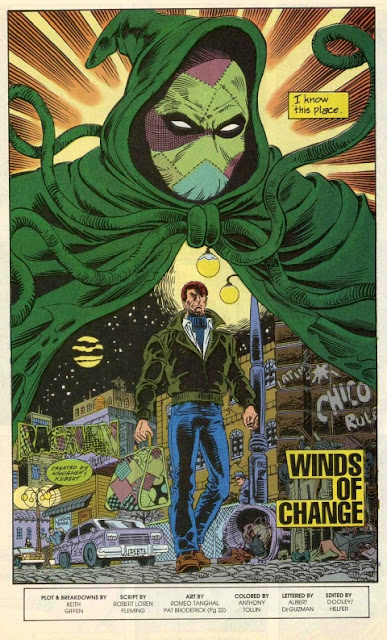 And that is that. The end.

Wow. So some great things about this issue. First and foremost the silence of Batman. There's a panel when it's mentioned that Batman is trying to speak to Ragman, but it's dismissed by the internal narrative as something Ragman just isn't focusing on. And the fact that not ONE WORD comes from Batmans mouth definitely amps this story up a bit. And speaking of the internal narrative, the sheer amount of focus on Rory/Ragmans thoughts really helps steer your mind in a specific direction. The compulsion of the neighborhood to help Ragman, while odd, wasn't odd enough to be off putting. It actually lent itself to the supernatural nature of the character while not being so out of left field you could no longer suspend disbelief. Lastly of course, Pat nails the art, proving that despite Keith Giffens propensity for the nine panel grid, a good artist is a good artist.

As for the series as a whole? Well, I feel each run of the character in his own series deserves it's own wrap up post. So we'll have to save those thoughts for next time.

ON TO THE ADS! 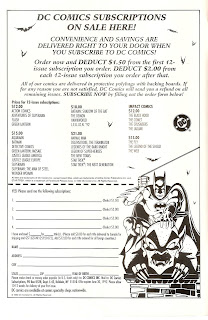 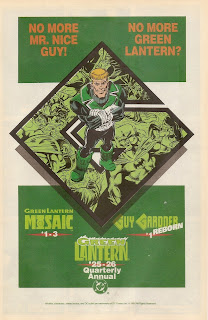 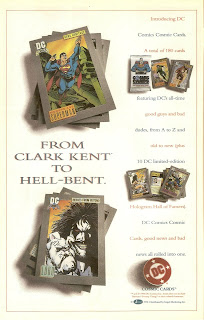 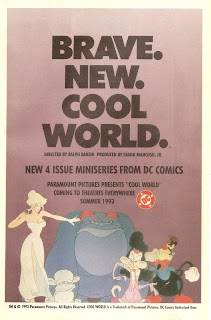 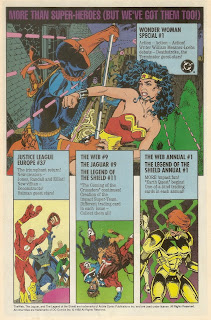 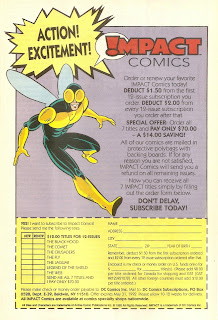 Wow. So where to start? Cool World? How about that Guy Gardner ad? You know as a Green Lantern guy I definitely thrilled at seeing that particular ad. Those DC Cosmic cards are AWESOME aren't they? I got some not too long ago, and hey, there's a Ragman card in that collection somewhere!

Now into the letters page! 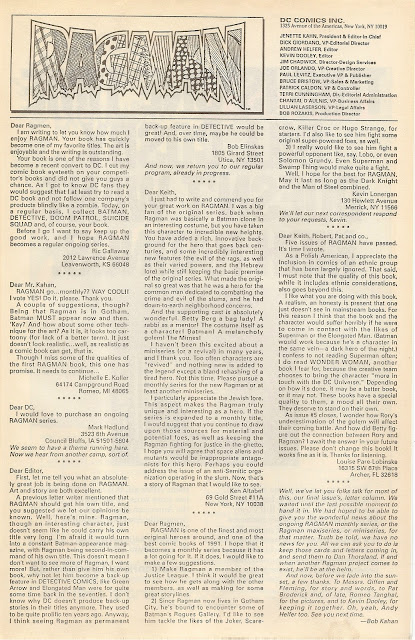 Seems everyone loves the Ragman and want's his story to continue, though I'm not sure about that suggestion of putting him in the Justice League. With all of that support, I wonder if Ragman will continue?

OF COURSE he will! Keep an eye peeled for the next review series to be featured on this blog, RAGMAN: CRY OF THE DEAD!!!! And as always, PLEASE don't forget to leave your comments here DIRECTLY on the blog post telling me what you think! Til next time!