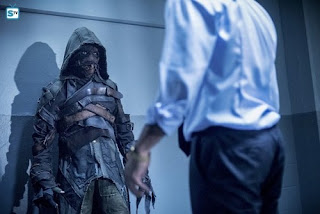 On October 26th, 2016 The CW Network aired the fourth episode of the shows fifth season in an episode titled 'Penance'. The episode largely focused on Oliver and Lyla breaking Diggle out of a military prison. The other plot focused on the new team (consisting of Mister Terrific, Artemis, and Wild Dog) going up against Tobias Church and his schemes. Ragman rejoins the team (after quitting in the beginning of the episode) for the fight and Wild Dog is captured.

That's about as far as I'm going into general episode specifics, you're on a Ragman blog. You know already what my focus will be! So first off, why did I not post a review/recap for episode 3? Well, because we learned nothing about Rory/Ragman in that episode. Well, not true, we got ONE bit of information. Rory confirmed, in episode using his dialogue, that his "hometown" was Havenrock. I'm personally still of the opinion that he COULD be from Gotham (at least born there) but, at this point, I kind of doubt it. So until they give us information to the contrary, let's just stick with what we've been told. Rory is, in fact, from Havenrock.

As for THIS episode, what happened that warranted another post to the blog?

At the end of episode 3, Felicity comes clean to Rory about her involvement in the destruction of Havenrock. Rory, shocked, walks off without a word. This episode we see Rory during a conversation with Oliver wherein he quits the team. Being reminded daily of all the people he lost when he looks at Felicity, is just too much for Rory. Later in the episode, when it becomes evident how much they need Rory/Ragman, Felicity pays a visit to Rory. We see him welding sculptures out of junk (which Felicity remarks is amazing though we don't ourselves see the full artwork). Rory responds to her by saying, "When you spend enough time with other peoples cast offs you find ways to make something useful out of them. My father always used to say that. He owned a pawn shop..." 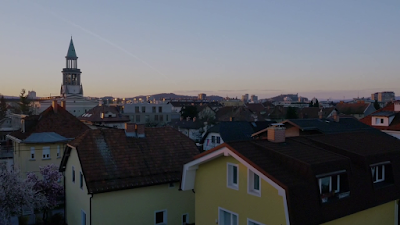 ...but credit where credit is due! Rory's father ran a pawn shop! And that's just one more thing our live action Ragman has in common with his comic panel counterpart!

But we're not done yet! Right after Rory mentions his father ran a pawn shop, Felicity says the exact road the pawn shop was located on. She goes into some expositionary dialogue wherein she reveals her personal research into Rory's history. "Your father was a Gulf War veteran. 2nd Battalion, 1st Marines. But that's not what made him a hero was it? He wore your rags. Like his father before him, whose name was also Rory. That's a big legacy to live up to."

And boom. We have some more comic book similarities to play with. The first is the Regan family's history with military service. Now, to my remembrance, Rory was the one with a military service record. In both Pre and Post Crisis continuity, Rory was a veteran of Vietnam. His father was active as the Ragman during World War II in the Warsaw ghetto. To my knowledge, it's unclear if Gerry (Rory's fathers name, at least in the comics) was an actual serviceman himself. I honestly wouldn't put it past him and if the comics of the future say he was in active service, I wouldn't fight it. There's not enough there to say he WASN'T. Obviously given Rory's age in this Arrowverse, the timing of what conflict Rory's father served in has to be realistic time wise. But it still makes the Regan family a family obsessed with doing the right thing at all costs. And the 2nd Battalion, 1st Marines have a long history with both World War II and Vietnam, so there's tenuous ties there as well. 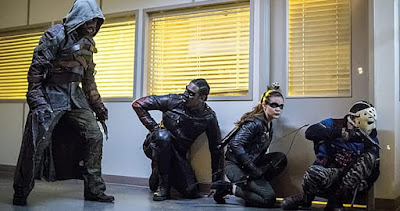 As for the fact that Rory's father and his grandfather wore the Ragman suit. This is RIGHT in line with the comics. Ragman is a mantle passed down over the generations and given that things of such importance usually stay within a family, it's not surprising that we'd have the added information that Rory's grandfather also wore the rags. In the comics, we know FOR SURE that Rory's father wore them during World War II and the events of the Warsaw ghetto. So chalk some more up for comic accuracy!

We also get a few...demonstrations of the Ragman suits abilities. The first is when Rory uses the suit to protect officers from an explosion meant to breach a wall...

And the second is when Rory uses the suit to cover team Arrow as Wild Dog fires back at the Tobias Church crew. I'm ASSUMING here that the tendrils from Ragmans suit are blocking bullets...

Again, I'm loving everything so far that we've learned about the live action version of Rory. The suit looks great for a television budget and the level of comic accuracy is, thus far, pretty concise. The only complaint that remains for me is Rory's voice when he's in the suit.

We're now three episodes into the appearances of Ragman, and there are times when Rory's voice is damn near unintelligible. There's a moment before Rory sets off the charge that blows the wall open where he tells the D.A. to trust him. He then says two other words (or whatever) before the wall blows. I've watched that scene at least ten times now. I still have zero idea what he says after he says, "Trust me."

But otherwise the show is great! Thanks for reading! PLEASE don't forget to leave a comment here directly on this post! It's the only way I know you're out there reading!

PS: TODAY is the 4th anniversary of The Suit of Souls blog! Wow! I can't believe this things been around THAT long! Just look where we are. We've gone from ZERO comics featuring the character, to a live action recurring role in a hit network show in prime time! WHAT?! One can only hope Rags will be popping up in comics again soon! His most recent appearance was in the New 52 series 'Batwoman' before it ended. Hopefully we'll see a Ragman mini-series and an Arrow Ragman action figure (at LEAST) before all is said and done!